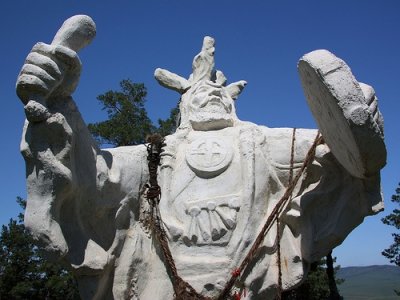 Magic can be used for the good of mankind and used to destroy it. Bad magic is a form of black magic, undead arts and summon evil demons to destroy life as we know it. Let me give you 5 Evil Magic Users to be if you want to be evil…

Warlocks are magic users that like to use curses and cast dark magic. Some warlocks can be good, but use magic to effect people. They also can speak to the ghost and spectres.

Necromancers can speak to the undead and raise them from the grave. They are the art of raising the dead and studying the book of dead. The book of dead has many spells and most of them are plagues and poisons.

Witches use potions and cast spells from books. They can be bad and good. They like to use exotic ingredients for their potions and can alter emotions. Another evil thing they can do is steal your soul.

Cultists are known as demons underlings. They do what their demon tells them too. They know the arts of sacrificing others or animals to feed the demon they serve. Sacrifices and summoning the demons is what they do best.

Shamans are often known for village magic caster. They can be evil and cast many spells that could do harm, cast the 4 elements and use ancient staves. These shamans carry stave's that help them cast their spells.

Evil magic always has its downfalls and makes the user either suffer 3 times or alter their minds. They tend to lose control of their humanity and search for destruction. If there was magic in this world would you think it would be used for the good of mankind or used to destroy it?