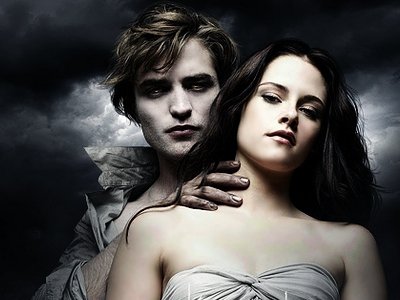 Every good suspense story has to have villains, in order to create a more exciting plot. Twilight had plenty to choose from. 5 villains from Twilight are listed below with a description of each one. If you’re worried about learning too much about the book, then you might want to quit reading here. I’ll try not to give anything away, but I can’t promise anything!

I know this vampire is supposed to be the wise leader of the Volturi, but anyone who would kill his own sister to keep his colleague from leaving the coven deserves to be on my villain list.

I don’t know if he’d be considered a true villain, but he is definitely one of the cruelest of the Volturi bunch. Because of this, I’m listing him as a villain. He’s in favor of executions and doesn’t like to show mercy for anyone. He is supposed to rank below Aro, but he does challenge Aro from time to time.

He was one of the vampires in the three-vampire coven led by James, who is described below. When James and Victoria get it into their head to find Bella and kill her, Laurent doesn’t want any part of this and he heads to Denali. He can’t cope with the anti-human blood law that the Denali coven has, so he leaves.

He is the leader of the small coven with Laurent and Victoria, as well as Victoria’s mate. His tracking abilities are phenomenal. His goal is to hunt down Bella and kill her. His little coven met Bella during the Cullen’s baseball game.

She starts out hunting Bella with James, but later turns to hunting Bella all on her own and wanting to avenge James’ death. Victoria pops up or is mentioned throughout the next couple of books. She actually tries to make a vampire army of her own, which turns out to be no match for the Cullens and werewolves.

While I only listed vampires that were mentioned in Twilight, there are some details given that weren’t provided in the first book. Do you see someone else as being a villain in Twilight? Who was your favorite villain of all?